This year, our team looked at trends that might lead us to seeing LESS of things in the not-too-distant future.

It’s been another crazy year. Before we look forward to what comes next, let’s recap. What just happened?

First off, Tim and Javier both added to the world population, as did a few of our lucky clients – congrats to all of you for leading the next-gen of world dominators. And surviving the year with less sleep than the rest of us.

In January, we saw the first successful heart transplant from a pig to a human. We also surpassed 10 billion COVID-19 vaccines worldwide. China hosted the Winter Olympics. That guy leading Russia decided to start a war. Researchers discovered an Antarctic shipwreck dating back to 1915. And then Monkeypox came back to rear its face again.

Summer arrived and Europe saw a series of record-setting heat waves. The world stepped up to aid in a climate catastrophe as Pakistan faced horrifying floods. The UK saw a change in leadership. Twice. Come Autumn, some rich guy bought Twitter. And that Russian guy is still being an ass. But Spotify is wrapped and NASA recently launched the largest rocket in history which circled the moon, so at least we can close this paragraph on a positive note.

2022 is ending soon, but what else may also be coming to an end? This year, our team looked at trends that might just lead us to see LESS of things in the not-too-distant future. Less of what? It’s not all doom and gloom. Let’s dive in…

What might we see Less of in the future? 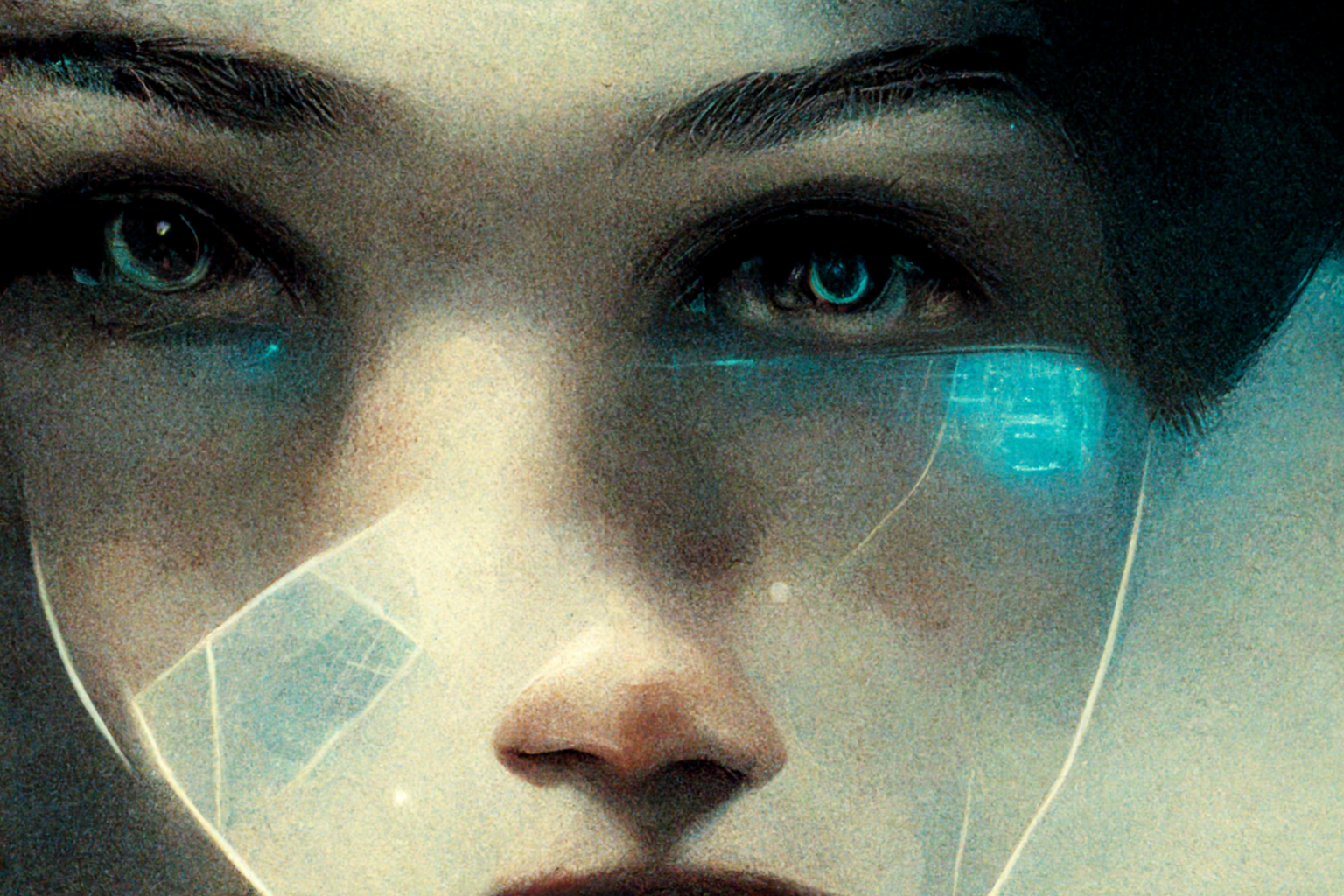 With the rise of virtual-as-a-norm, Telehealth continues to thrive – up 38x in 2022 compared to pre-pandemic. It’s no surprise that virtual medicine helps doctors see more patients, reduces wait times, and helps patients both remember and stick to their appointments.

Yet another positive outcome of a global battle with COVID-19 is the rise of at-home lab testing. With 70% of all healthcare decisions based on diagnostic testing, this market is set for rapid growth and it's currently projected to be worth more than $2B by 2025. What do we have to lose? Stress for patients and lab operators.

With the rapid rise in RFID (wireless transmitter) adoption over the past five years, we’re continually seeing new ways to automate tasks by removing keys and manual entry. And while security can still be advanced, there’s no stopping this low-energy method from improving user experiences nearly everywhere.

RFID is touching more industries than ever, including automobiles, pets and livestock, home automation, retail sales, and supply chain management just to name a few. The market is expected to grow by nearly $8B from 2020 to 2025 and we don’t see it slowing down. What do we have to lose? The days when we accidentally left car keys in the ignition.

Remember when 3D printing was that cool, newfangled thing your buddy was doing in his garage? That may still be the case, but as the industry continues to take shape, additive manufacturing is quickly becoming a go-to production method for the manufacturing industry. Why? It’s fast, it’s capable of producing higher complexity objects, it offers a wide variety of materials, and oftentimes it saves cost when compared to traditional subtractive methods.

The AM market is projected to grow to over $50B by 2030, and our friends at AmPd Labs right here in Houston are leading by example in this region. What do we have to lose? A whole lot of raw material waste.

If you’ve been anywhere near social media in the past year, you’ve likely seen friends sharing AI-generated art pieces. We first saw the rapid adoption of AI audio cues (Alexa is always listening) and more recently AI-generated copywriting which was quickly followed by visual art generation. Our feature image above was generated using Midjourney. Soon (if not already) we’ll be witnessing both audio and video generation.

Artificial intelligence is one of the quickest-growing markets, expected to reach $18 trillion by 2030. Earlier this year at Culture Pilot, we created a mural installation for an upcoming restaurant launch, entirely generated from AI tools like Google’s Open AI and Midjourney.  What do we have to lose? Wasted time and creative blocks. But, artist commissions are at risk, and some might even debate ethics and authenticity.

‍When the kids head off to school, it’s no surprise they’re purchasing far fewer physical textbooks than the students of yesteryears. The last two decades brought a massive onset of digital literature. And with the cost of textbooks approaching nearly a 1000% increase over a 15 year period, it seems to make sense. Until you realize the cost of epubs is also becoming unaffordable.

There are no signs of the industry reverting to its old ways, in fact, there is new market growth for e-textbook renting. What do we have to lose? Wasted paper and heavy backpacks. But even with rising prices, textbook publishers are seeing less revenue.

These two things don’t go together and, if we don’t change our ways, they may not go at all. While that may not be a bad thing for the world’s reliance on petroleum and historic issues leading to our current phasing out of single-use plastics, the earth’s drinkable freshwater is another story – a newer challenge we’re already beginning to face.

All of this leads inevitably to more conservation and alternative energy sources. Battery + Solar and Electricity have been on fast-paced upward trends in recent years. But will the challenge of recycling batteries or the countless struggles to generate enough electricity lead us to further breakthroughs in alternatives such as Nuclear or Hydrogen? Only time will tell, and that time is nigh.

Less (acceptable) Hours in a Workweek

‍On our never-ending quest to fit more hours into the workweek, we’re also obsessively exploring ways to be more productive so we can spend fewer hours at our desks. In 2022, the United States (and the UK) saw thousands of employees begin testing 4-day workweeks.

At Culture Pilot, we got one step closer by implementing a policy for at least one 3-day weekend per month. We believe in the cause and we want to see a world with more time to spend with family. What do we have to lose? Too much time spent sitting. And hopefully, stress, although that one is yet to be proven.

‍LESS testosterone in positions of power (please). Especially LESS Putin. Please let more women lead us into the future because it’s clear (at least in America) that men can’t do everything right. LESS Facebook (always). And now, maybe LESS Twitter? LESS cashiers at retail stores (but should we get paid minimum wage to checkout ourselves?). And last but certainly not least, LESS societal ignorance (pretty fucking please).

Did we miss anything? It’s possible. But there is one thing we do NOT want to see LESS of in the future and that’s YOU. Whether it's thoughts on the above or just a note to say hi, don’t be a stranger. We may not agree on all of the things, but the one thing we know at Culture Pilot is that we love hearing from you.

Happy Holidays from all of the pilots, and cheers to a bright 2023.

‍We're grateful to be working alongside a network of talented friends as we share conversations, resources and innovations in brand strategy, design, marketing and more. If you're a creative branding professional looking to collaborate, send us a note with a link to your work and let us know how you'd like to get involved. We look forward to hearing from you!
LinkedIn Instagram Twitter
Brand Strategy & Marketing since 2003.
Building & Managing Events since 2009.
Operating as a Cloud Agency since 2014.
Guiding Retail & Ecommerce since 2017.
Learning & Sharing until the end of time.
© 2003 –
Enemies of brand tragedies since 2003

You are moments away from great conversations and big ideas.
Tell us about yourself, your brand, your organization, where you're from, and where you're going.
We're all ears.

Your inflight menu includes:
Thank you! Your submission has been received!
Oops! Something went wrong while submitting the form.